The Gospel has always been the solution to the chaos among men. It is the provision of God to save and redeem men from eternal damnation and restoration of the world. The Gospel is the power of God unto Salvation both to the Jews and the Gentiles! Romans 1: 16.

With about 7.9 billion people on earth and over 2.3 billion of them who have not heard about Jesus, met a believer or understood the Gospel enough to make decision for Jesus, our world is desperately in need of the Gospel! Unfortunately, most of these people are not only deprived of the Gospel, they are also shielded from accessing the Gospel either by Government restrictions, physical inaccessibility, violence or outright resistance.

However, during Jesus’ time on earth, he used different means to preach the Gospel. Most of these means were relevant to his audience and easily understood by his listeners. Likewise, during the Apostles’ time, the Gospel was given to all men and bore much fruits irrespective of location, religion, bias or affiliation. When Jesus was going up to heaven, he commanded his Disciples to “…make Disciples of all Nations” (Matthew 28:19,20) and just after a few decades, the testimony was that the Gospel was bringing forth fruit in all the world! (Colossians 1:5,6). In fact, the people of the world did acknowledge that they were everywhere with the Gospel (Acts 21:27,28).

So how did they do it?

In 1Corinthians 9:18-23 Paul gave an insight. He said he took advantage of every available means to present the Gospel to everyone in every place in the context and form they would understand. To the Jews, he preached the Gospel from the Torah and the Prophets (Acts 13:15- 41), to the Greeks in Athens, he preached to them from their poetic writings and the objects of their worship (Acts 17: 23 -28). Evidently, the early Christians reached their world in spite of the resistance and oppositions because they took advantage of all creative means available!

If Paul were to be alive, would he have used the internet to preach?

I think the answer is yes. With the enormous opportunity available to engage our dying world through the internet, Paul would be the first to take advantage of the internet. Let us see the world of the social media and the unfettered access available to preach the Gospel. 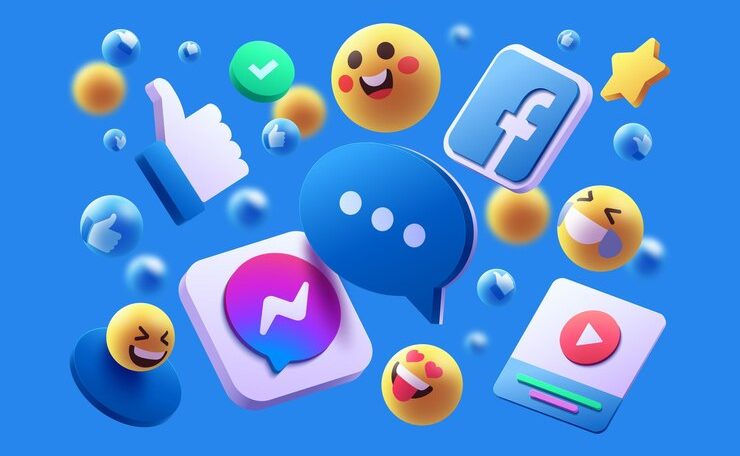 With more than 2.85 billion monthly active users, Facebook is the most popular social media worldwide. According to https://www.statista.com,

are the t10 countries with the highest users of Facebook. In the same vein, as of the second quarter of 2021, Twitter had 206 million monetizable daily active users worldwide.

Thanks to modern technology and the social media, our ability to share, influence, and serve online has multiplied exponentially. We can now share the Gospel and spread the message of His love and maximize the use of platforms like YouTube, blogging sites and social media sites to increase our online missionary work. We can now spread the gospel message, and build up the kingdom-all without leaving our home!

Today through virtual means, the Gospel has advance into areas and cultures that were hitherto impenetrable by conventional Missionary deployment. Arab youths are coming to faith daily through online Gospel engagements, several Muslims are being discipled across continents through discipleship apps and online interactions. Prayers and resources are being mobilized for Missions today through social media platforms like Telegram, WhatsApp, Facebook and others. With the enormous internet users especially in unreached countries with good internet penetration, engaging virtually are very strategic options for communicating the Gospel in the twenty-first century. There are obviously enough reasons to explore virtual means of spreading the Gospel. The vast population of internet users who literally live on the internet, unfettered access to the target audience and the fact that engaging virtually is far cheaper than sending Missionaries across the sea to reach the unreached are very valid reasons to deploy virtual means to spread the Gospel.

However, it should be noted that as much as it is very strategic to engage and share the Gospel virtually, the physical contact components are still very important in making Disciples of all Nations. While God is working through the internet among Muslims to bring them to faith, the roles of resident Disciplers and Missionaries in those countries are still very strategic in building the faith of the Disciples.  With all forms of junks and philosophies on the internet, it is also very important that our engagement online should be biblically sound. If there is anything needed on the internet now, it is sound biblical contents!

So, who is the Virtual Missionary?

Are you a follower of Jesus Christ with an Android phone? Are you on any social media platform like Facebook, twitter, Telegram etc? Do you have access to the internet? Then you are a virtual Missionary! You never know how much you can turn our world around with the Gospel of the Kingdom as you engage the unlimited access to the world on your fingertips.

He is a follower of Jesus Christ with over 2 decades in Missionary service. He has been involved in Missions mobilization, research, teaching/Training, Disciple Making and Missions administration after working on a cross cultural Missions field . He is a Network Catalyst and Missions Consultant. He is passionate about the followers of Jesus Christ living their lives daily in obedience to the word of God and to see nations of the world reached with the Gospel of Jesus Christ until Christ is worshipped by the nations. He currently serves as the Head of Finance and Administration at the Nigeria Evangelical Missions Association (NEMA), a Missions network Association of over 150 Missions organization and Missional Churches with over 15,000 Nigerian Missionaries scattered all over the world. Adegbite is married with children.