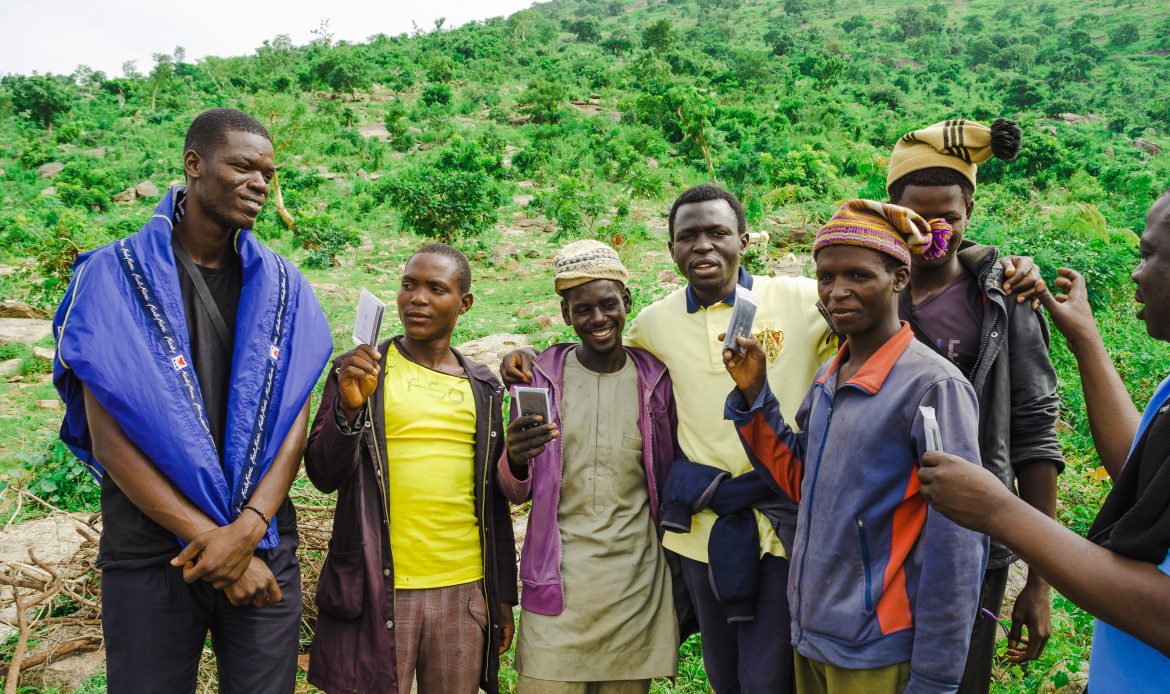 Obedient-based discipleship. This is the buzz phrase among the participants at the HARVEST’22 missions outreach from 17th to 31st August, 2022.

In spite of the hesitation to participate due to security concerns, participants gathered from across the country with enthusiasm.

HARVEST’22 started with a 3-day training/orientation. The main thrust of the training was Disciple Making Movement (DMM) and introduction to Missions. The paradigm shift in Disciple making movement approach to Discipleship and the emphasis on obedient based discipleship were some of the transforming insight for the participants during the training session. 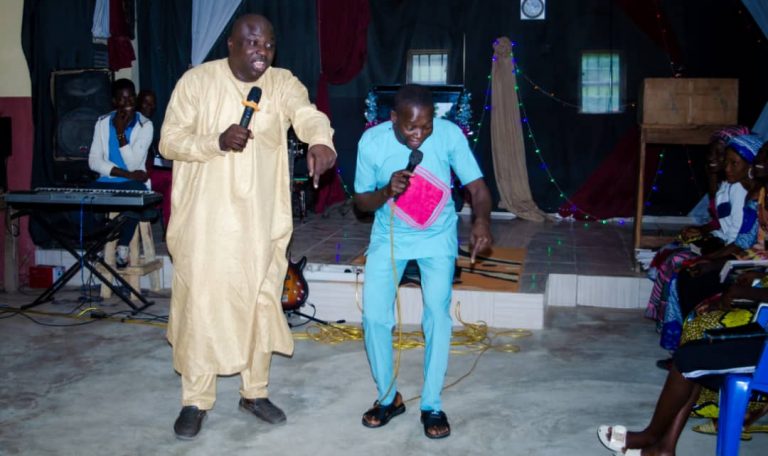 The sessions on introduction to Missions work, cross cultural communications and the challenge of the unfinished missions work globally were eye opening as much as left a deep burden for God’s world on the heart of the participants. Field Missionaries who have worked for many years among unreached tribes both locally and internationally were also present to train, challenge and field questions from participants during the training.

When the burden and challenge of the unfair distribution of manpower and finances for global missions work were discussed, most of the participants came under a strong conviction to participate in world Missions! For some of them that had a compelling touch to respond to work directly among the over 3 billion souls who have never heard the Gospel message, they could not but voice out there struggles- they want to serve among them but what about their support? At this point in the training we observed that the Holy Spirit was at work stirring their hearts. Of course we do not have an answer for them but we could only ask them to do one thing- PRAY. In response to this question we all went into a session of intense prayers asking God for help to respond to His global needs and call  in spite of our fears, concerns and agitations. Heavens responded as the Holy Spirit continues to work in the hearts of participants. Please pray for them that they will follow through in obedience to God’s bidding over their lives.

Other key topics discussed during the orientation were team Dynamics, Security intelligence/sensitivity on the field and tips for short term Missions. By the time they were leaving for the Missions fields, they were all primed for exploit and impact among the unreached people groups. 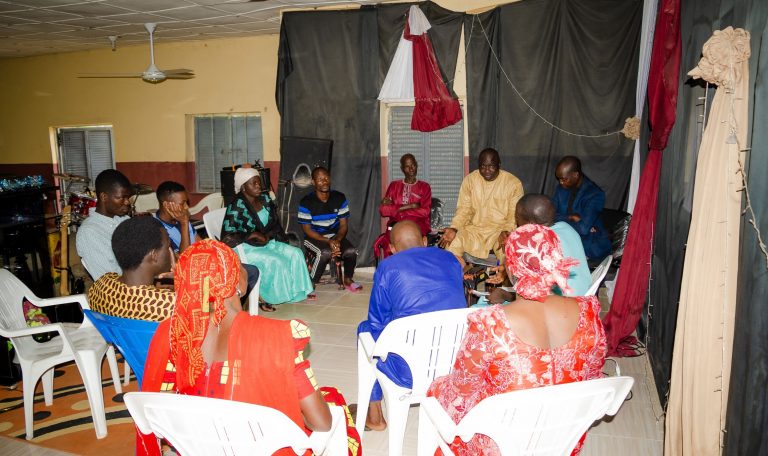 …Go and make Disciples among the Nations

The HARVESST’22 team went to three locations but reached out to five tribes during their time on the field. The tribes were Jimbunawa, Zullawa, Gezawa, Dir and Bolu tribes. The main thrust for the participants on the field were prayers, visitation to villagers, Evangelism, community service, discipleship/ teachings of converts and church members, access Ministry among others.

The team that went to Jimbunawa had a swell time using the skills they learnt in Disciple Making Movement (DMM) to strenghten the disciples. They also had the privilege of giving out some solar powered audio Bibles during Evangelism. The villagers were full of appreciation as they received the gifts of clothings and other items brought by the team. According to the resident Missionary, the coming of the HARVEST team over the years have given them tremendous in roads among the villagers. The DMM practices were good for the building of the disciples.

The team at Gezawa did not only preach but also got involved in community service. Due to the hesitation of the villagers to commit to the Gospel, the HARVEST team took time to visit the villagers in their homes. This bore great fruits as some of them came out for the evening meetings. In the course of the meetings, some of them committed their lives to follow Jesus. The team also had the opportunity of visiting the Fulani base to share the Gospel and gave them solar powered audio Bibles. Aside the preaching/teaching sessions, the team were also involved in doing some manual works to help in building the Missions school for the community.

The team among the zullawa also had the privilege of ministry expressions among the Bolu and Dir people. The thrust of their activities is house to house visitation including visitation to the house of a man with 20 children! They also had time for strategic Evangelism which took them up the Zaranda mountain to go preach to the Fulani herders. The reception by the Fulanis was a shock to them as some of them had heard stories of violence and resistance to the Gospel by the Fulanis. Other activities by the team are access ministry and discipleship. The last day of worship with the local assembly at the Zullawa church was a time of revival as the word of God came to them with a strong call to a life of purity in the midst of corrupting influences in their community. 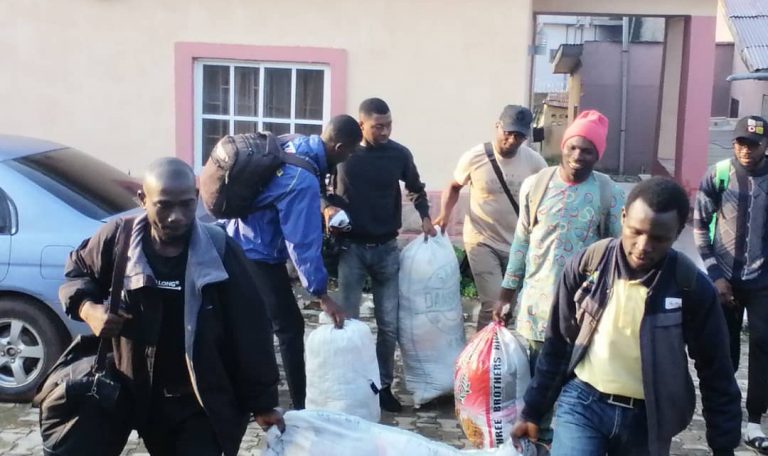 …Bringing in the sheaves

After a full week of ministry and time on the frontline, they returned with thanksgiving and enthusiasm for debriefing. The debriefing period helped them to process their experiences.

During their debrief,  participants had the privilege of evaluating their lives and involvement with the frontline, their relationship skills with other teams members, the Missionaries and the villagers. They also shared about the culture shock they had ministering among the communities, their response to the experiences they have had among other things. Aside the opportunity to serve, it was also a time of learning and discipleship for the participants themselves. 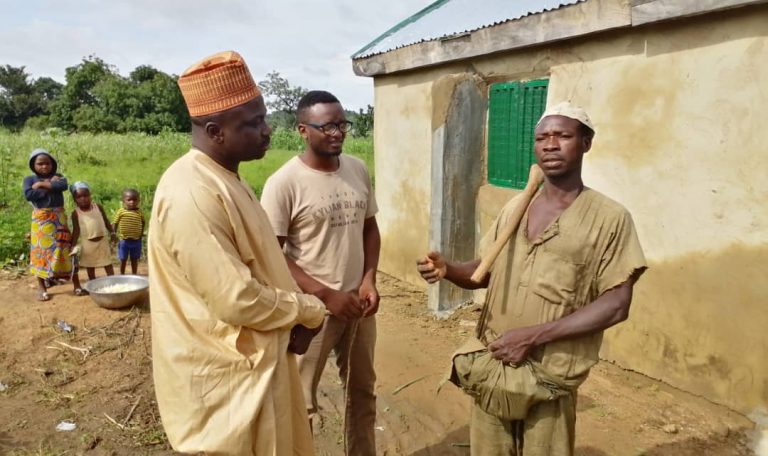 ….Needs on the frontline

In as much as the harvest is much but the harvesters are few so also are the needs much on the frontline.

One of the culture shocks for the HARVEST team is the issue of early marriage. It is a common occurrence to have teenage boys married to  two or more wives who are teenagers and underage themselves. These girls go ahead to give birth to between 5 to 7 children and in some cases 9 children! The resultant effect of this is high rate of poverty because of their low income and inability to cater for the children. This also results in high number of out of school children. There is a dire need for elementary schools in most of the communities where there are hundreds of out of school children.

As we trust God to mobilize more young people for transformational experiece among the unreached,please stand with us for the provision of a 15- seater bus to ease the mobilization and deployment to the Missions field and back.

Though HARVEST’22 has come to an end but we definitely know that our assignment to share the Gospel and respond to the needs of these communities has not come to an end. We are committed to continue with the intervention of Jesus’ love among them. We want to invite you to stand with us in this noble kingdom exploit. 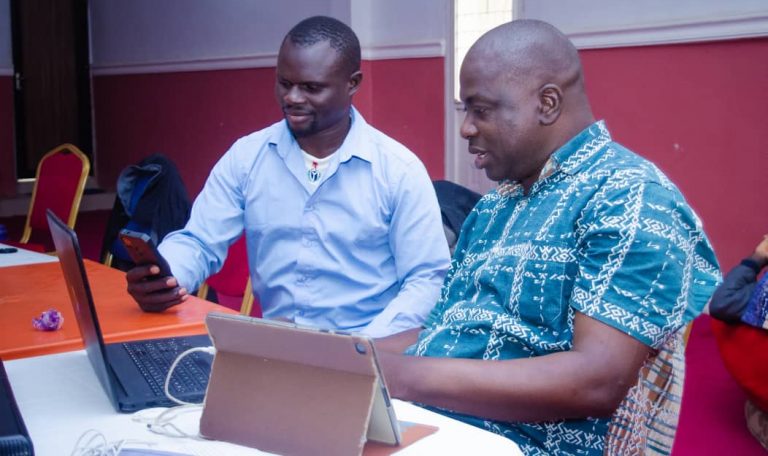 We give God the praise for the resounding success of HARVEST’22 . We believe your involvement and sacrifice to make it succeed is translating to eternal greatness and reward for you. For this we say thank you!

HARVEST’23 comes up from Wednesday 16th to Wednesday 30th August,2023. Please begin to pray and mobilize to do it with us. For us, we shall keep going till He comes! Shalom.